Why is Dr Brian going to Denver?

Later this evening I will leave the eastern half of the United States for the first time since February, heading back to Los Angeles. I'm not flying straight home though, I've scheduled a 3-day layover in Denver. I don't have any comedy gigs booked there, I'm not going to visit anyone in particular although I know people there, and as far as I know there aren't any big events scheduled in Denver this weekend. So why am I going?

If you've followed me over the past 5 years you'll know that I travel a lot. Before I started touring as a comedian and public speaker I traveled to about half the USA; touring has allowed me to see the other half and more. I've been everywhere, all 50 states, cities and towns that I didn't know existed, most national parks, scenic backroads, coastal communities, mountain towns: everywhere.

Everywhere EXCEPT the city of Cheyenne Wyoming. Cheyenne, the state's capitol, is the one remaining city of a sizable population that I have yet to set foot in. Cheyenne isn't a big city, but it's only about 90 minutes from Denver. That's why I'm going to Denver, this weekend I am completing my travel map of the United States. Other than the capitol, I don't know what to expect there, it could be interesting or it could suck but I will have the satisfaction of completing a mildly interesting personal goal. 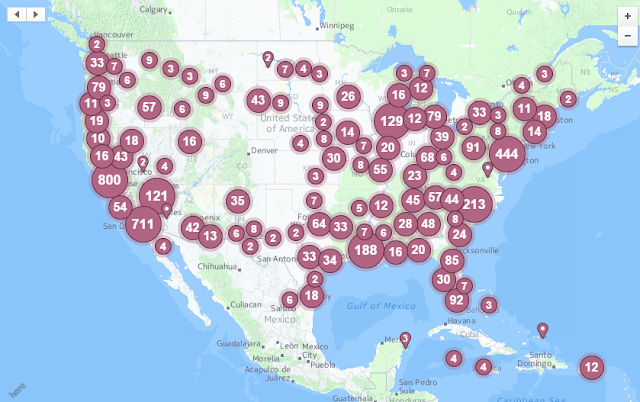