I'm really excited about this one, not only is it a fun topic but I get to tour across some of my favorite places as dart all around the Baltimore/DC area.

If you are in the area or know people in the area and think they might want to come see me, here's where I'll be:


Healthcare professionals can earn credit by attending! for more info check out
http://www.ibpceu.com/

ALSO I will be featured in the CHARM CITY COMEDY FESTIVAL, Baltimore, MD

AND serving as a celebrity judge of the 1st annual DC BLOODY MARY FESTIVAL!

COME SEE ME! It'll be a while before I'm back in the area! 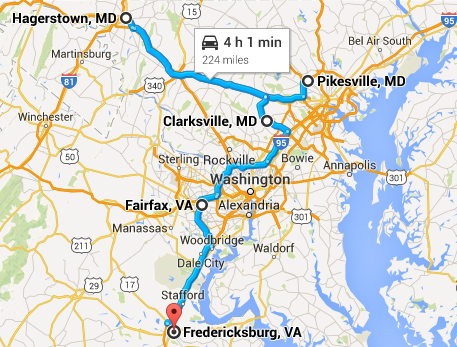 Posted by Dr Brian King at 9:16 PM No comments:

My name is Brian King. I am a public speaker and a comedian. For the past several years I have been relentlessly touring the country and started a project called "Bloody America” where I feature the many exotic, interesting, and unusual bloody marys I encounter in my travels. I am not famous, but between all of these activities I have a substantial following in social media and I regularly speak to 100-200,000 people every year.

To date, Bloody America is a hobby, it brings in no revenue although I've spent some on advertising, I offer free promotion to the venues whose drinks I feature.

Tonight I had planned to write about the Bloody Mary at “Outriggers” in Seabrook, TX. I ordered one, took pictures of it, drank it and was on my way out when the manager (I’m assuming) ran out to tell me I was not allowed to post the photos I had just taken.  I thought this was odd since I offer nothing but free publicity and that, as I write this, their Yelp page has 62 photos all taken in the restaurant, including 13 of their bloody mary. But whatever, I’m not going to argue myself into extra work. I acquiesced and then things got really weird.

She insisted that I delete the photos from my camera, in front of her so that she could see. Besides being a violation of my privacy, as I have other photos on my camera that are not of her bloody mary, I explained that I took too many to do it quickly and I’d do it when I got home. This was apparently not good enough for her and she kept demanding, threatening to call the police and take further action, whatever the hell that is, as I walked away.

So no, I am not reviewing their bloody mary. Nor am I posting the photos I took at their establishment.
Posted by Dr Brian King at 8:56 PM No comments: