On The Road Photo Caption Contest

I've now been on tour for 5 weeks, and it's been great. I've still got another 6 months of meandering across this great country of ours before I settle down again and I'm looking forward to every moment.

As part of the tour, I was recently in Annapolis, MD and stumbled onto Chick and Ruth's Delly, home of the 6 POUND MILKSHAKE! So of course I posed for a picture and posted it to Facebook. I challenged my friends to caption the photo and the result was the first "On The Road Photo Caption Contest". There were over 100 entries, and these are some of my favorites.

Drew Harmon offered the first comment to get the ball rolling... 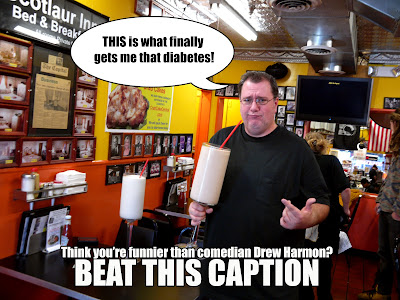 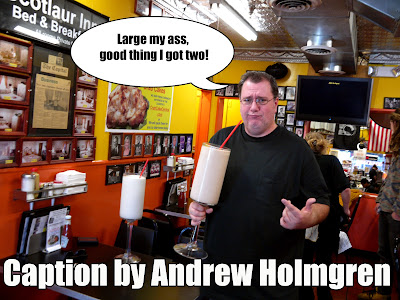 Ben Feldman's entry was kind of an inside joke, but if you are a Bay Area comedian that had played my Wharf Room Comedy show, you'll get this. 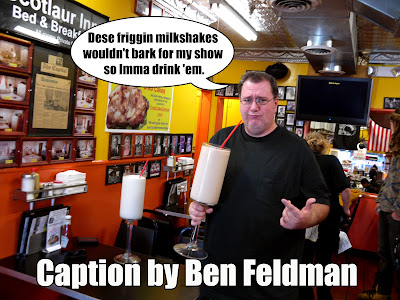 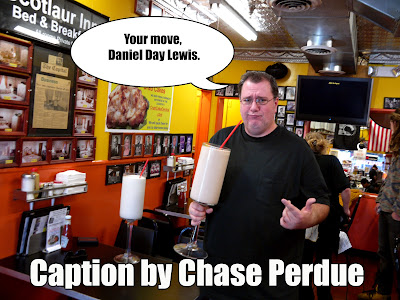 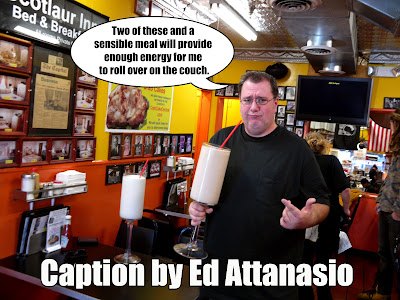 Miles K got my vote: 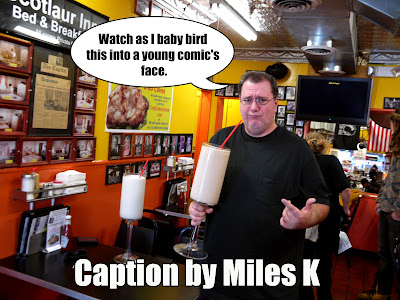 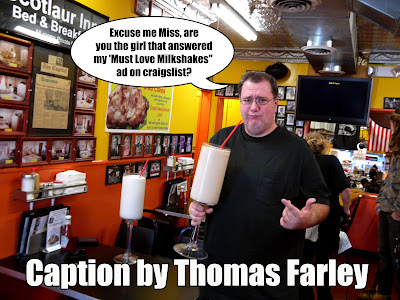 And the winner, by Facebook voting, was the very funny Natasha Muse! 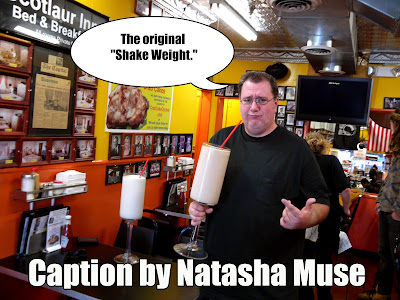