YOU NEED TO MEET ME

Who am I? I'm a relatively unknown comedian. But I have a magic power. Meet me, and you'll get a TV show on Comedy Central. I can't stress this enough, simply SHAKING MY HAND will bring good fortune to anyone seeking a career in comedy.

Meet me. You want to meet me.

Here are a few of the people who took this advice last year:

Jeffrey Ross. A comedian's comedian, meaning that he's funny but pretty obscure. He was most known for doing the Comedy Central Roasts. That is, UNTIL HE MET ME. 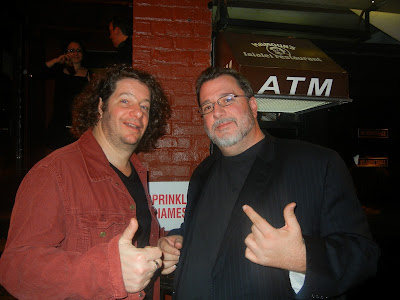 Jeffrey Ross was just another loser hustling the circuit. Then his life changed on May 12th, 2012 because he met me. Now, he's the host of Comedy Central's "The Burn"

These two are Anthony Jeselnik and Amy Schumer, two names YOU WOULD HAVE NEVER HEARD OF if it hadn't had been for an encounter with yours truly.

Jeselnik, was just a goofy dude from Pittsburgh with an unpronounceable name who's only real asset was insanely awesome hair.
Schumer, besides occupying a huge section of every comedian's spank bank, was basically known as Jeselnik's chick.
UNTIL THEY MET ME.

Now they host "The Jeselnik Offensive" and "Inside Amy Schumer" respectively.

Young comedians very often ask me how to make it in this business. I cannot stress this enough:

You need to be funny.
You need to work hard.
But, most importantly, YOU NEED TO MEET ME.